The story of Rick Thomas and ALHYDRAN 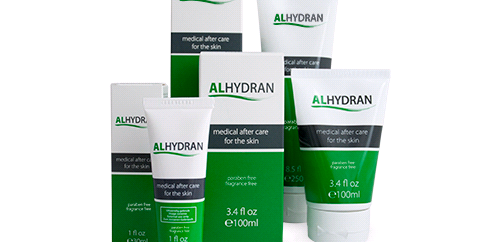 The story of Rick Thomas and ALHYDRAN

For a year and a half, 36-year-old Rick Thomas suffered from painful cuts and wounds on the inside of his hands despite seeking relief from specialists and many different products.  Then Rick turned to Alhydran. Within just a few weeks, Rick noticed miraculous results.  A recent catch-up session with Rick reveals his remarkable Alhydran success story.

Can you explain the skin issue you were suffering from?

I work on a boat, and two years ago, I started getting a rash and cuts on my hands, probably from a combination of the seawater, working with the ropes on the boat, and the sun.  Those who work with me know the pain and frustration I went through.  I had literally thousands of tiny cuts all over the insides of my hands.  When they got wet, I experienced excruciating pain.  At the creases of my fingers, the skin cracked open, so it hurt every time I moved my fingers.  The fingertips were also so cut open that you could actually see my blood vessels.  I literally had no fingerprints!  My hands were drying out quickly, and no matter what I used—petroleum jelly, creams—nothing was helping.  It was also becoming a psychological problem.  When I’d shake people’s hands, they were taken aback, so I stopped shaking people’s hands altogether.

Did you see a doctor?

Yes. My doctor appointed me to a specialist, who carried out lots of tests on me.  He prescribed me an oral medication as well as medicated creams, but nothing worked.  I was then appointed to an allergy specialist, but the tests revealed that I wasn’t allergic to anything.  So two specialists were baffled.  And of all the costly creams I tried, not one worked.

And that’s when you decided to try ALHYDRAN?

Yes.  The wife of one of my colleagues knows Alhydran.  She was aware of my situation and suggested I try Alhydran.  This was in late September 2014.  Once I started applying it, it worked wonders.  Within just a few weeks, I noticed great results: the wounds were healing and I wasn’t feeling discomfort.  To date, I have no more cuts and wounds.  My hands do get dry because of the water, but as soon as I apply Alhydran, the dryness goes away and my hands become smooth.

Did you have the problem anywhere else besides your hands? 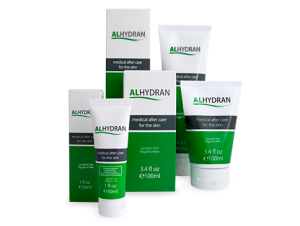 Yes, on my feet, but that healed even faster with Alhydran.  For me, it’s a wonder cream.  After using so many other things, you start thinking that nothing is going to help, which can be very frustrating.

What happens if you stop using ALHYDRAN?

I’ve noticed that if I go about a week without using it, the problem comes back, so now I make sure to use it daily.

If you stay off the boat for awhile, does the skin problem clear up?

Well, it doesn’t worsen, but it doesn’t get better either.  It only gets better with Alhydran.

Have you thought about changing your work in order to avoid the problem altogether?

I’ve thought about it, but now that I have an interim solution, I can keep doing what I love.

Would you recommend Alhydran to someone with skin problems?

Yes I would recommend ALHYDRAN, no doubt about it!